U.S. Army Lieutenant Colonel Charlene LaMountain needed a change of pace — but not a change in scenery.

After serving 20 years in the Army’s public affairs and communications divisions, from the Pentagon to U.S. Central Command at MacDill Air Force Base in Tampa, LaMountain “crunched the numbers” and chose to retire in Florida.

“Florida is very veteran-friendly,” she said, recalling how she didn’t realize how welcoming Florida is to veterans until moving here. The state’s numerous benefits and no taxes on military retirement helped seal the deal.

“Nothing appealed to me like Florida,” LaMountain said. “Retiring here was a no-brainer.” 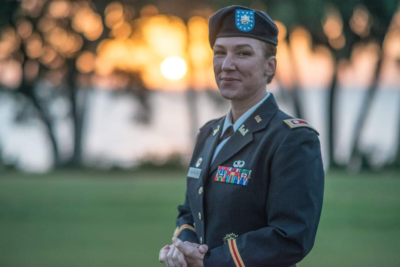 Following her decision to retire in Florida, LaMountain entered the Army’s Transition Assistance Program (TAP) and during the four-hour, more than 200-slide presentation, a one-liner caught her by surprise: DOD SkillBridge.

“When the SkillBridge slide popped up, I had to do a double-take,” she recalled, thinking to herself: “So the Army is going to pay me to work at a company — Did I read that right?”

The DOD SkillBridge Program enables active-duty servicemembers with commander approval to gain work experience through internships, fellowships, and apprenticeships with employers within six months of separating or retiring from the military. SkillBridge participants maintain their DOD salary and benefits during the training period.

“I wanted to maximize the benefit of the program, so I avoided things that I already knew how to do.”

LaMountain knew little about the program until the TAP presentation, having only briefly heard the word “SkillBridge” mentioned by some of her peers who’d recently transitioned out of the Army.

Even though LaMountain holds a Master’s Degree in Engineering Management and accumulated decades of military experience in public affairs, she saw SkillBridge as an opportunity to branch out and start a new career after having “lived in a cubicle farm.”

Most people may not know it’s very common for transitioning servicemembers to seek a different career path. In fact, LaMountain is in the majority of about 55% of veterans who say they want to pursue different careers than the ones they had in the military, according to a LinkedIn Veteran Opportunity Report.

“I wanted to maximize the benefit of the program, so I avoided things that I already knew how to do,” she said.

LaMountain discovered Veterans Florida on the DOD SkillBridge website and learned about the Veterans Florida Agriculture Program, which partners with the University of Florida Institute of Food and Agricultural Sciences (UF/IFAS) to offer veterans a six-month fellowship to gain hands-on experience in Florida’s agriculture industry.

“Growing organic food, using food as medicine, and conservation of the environment are already in line with things I believe,” she said, adding that the hard work that goes into growing our food means “at the very least you’ll be a few pounds lighter.”

“Every day I’m learning something new about agriculture… There’s nothing I can compare it to in the military.”

Since her enrollment in November 2020 at the UF/IFAS Gulf Coast Research and Education Center in Wimauma, LaMountain’s fellowship has covered a wide array of agriculture topics and techniques, such as examining fungal growth in Petri dishes and isolating pathogens. 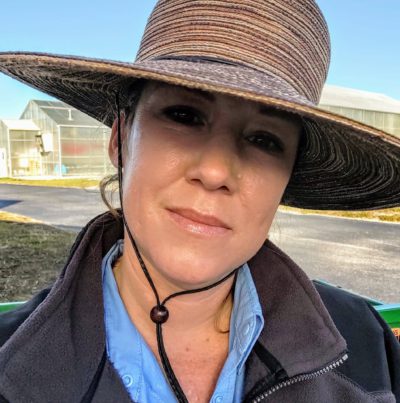 “I really enjoy it. Every day I’m learning something new about agriculture,” LaMountain said of her time in the program. “There’s nothing I can compare it to in the military.”

LaMountain has also taken an interest in the economic side of the agriculture industry and how to make it easier for farmers and companies to do things that are both profitable and environmentally friendly.

“I always thought our food was grown for just taste and nutrition but yield is most important” in terms of economic incentives, she said. “I want people to do the best for the environment because it’s to the benefit of everyone.”

With her retirement date set for May 1, 2021, LaMountain is exploring careers in ecological economics, building eco-friendly housing, and environmental policymaking but said documenting nature would be at the top of her list.

“My perfect job would be to work for an organization like National Geographic taking beautiful and inspiring photos while informing and educating about the natural world,” LaMountain said but added that she’s not in a rush to start a new career.

“I’m willing to take the time to find the company or government [position] that’s in line with my passions,” she added.

As for SkillBridge and the agriculture program, LaMountain wants to see more transitioning servicemembers take advantage of the benefits that both have to offer.

“I hope more people learn about the benefits of SkillBridge and the Veterans Florida Agriculture Program and that the opportunities become readily available and more well-known,” she said.