The Veterans Florida Entrepreneurship Program helped this veteran turn his business ideas into reality and eased his transition into civilian life.

Scott Neil, 48, a former Green Beret and advisor to Special Forces, had been warned repeatedly about the high degree of sacrifice and effort it would take to launch and run a successful business, but he wasn’t in the least bit daunted. He and the five other men who joined forces to form Tampa, Florida-based craft distillery, American Freedom Distillery, are all former Green Berets who have extensive experience dedicating themselves to complex missions, surmounting extremely difficult obstacles and accomplishing goals. 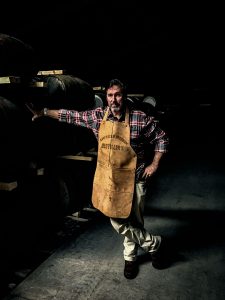 Scott was one of the first Green Berets to go into Afghanistan following 9/11 and, in 2003, one of the first to be sent into Iraq. Afterwards, he pursued foreign fighters in the Horn of Africa and, in 2006, was assigned as the Senior Enlisted Advisor to the Director of the Special Operations Interagency Task Force at MacDill Air Force Base in Tampa, which focused on the country’s policy and strategy of counter terrorism. Scott retired at the end of 2010, returned to Afganistan for a year as an advisor to General Petraeus, then spent two years as the Director of Development for the Green Beret Foundation where he developed The Next Ridge Line, a transition program for Green Berets leaving the military.

Though Scott’s business launch preparations were well underway when he made the decision to undertake the three-phase Veterans Florida Entrepreneurship program at Hillsborough Community College in Ybor City in Tampa, he saw the instruction as a way to fuel his transition into civilian life and help him put into action concepts he had espoused while developing The Next Ridge Line transition program and advising the Senate Committee on Small Business and Entrepreneurism.

“In the military you get eight weeks of Basic Training, six to seven months of skill instruction, and then do a job for however long it fits, possibly all the way up to retirement. Yet, you have less than two weeks to unwind from the military and transition out. The Veterans Entrepreneurship Program provides critical support to veterans seeking to establish a business.”

“When I was transitioning, I already knew I was going to get into business,” Scott says. “But I was having a hard time changing my mindset from an enthusiastic veteran starting an enterprise into an entrepreneur who needed to know how to create profit and loss statements, understand the necessity of developing a business plan and learn all about prioritizing the customer. The Veterans Florida Entrepreneurship Program gives the veteran who has an idea he or she wants to take to market a solid framework for accomplishing that, along with a healthy dose of reality. Military veterans are all about planning. The online courses gave us the structure and mindset we need now.” While pursuing the coursework and classes, Scott was able to see how the skills required for certain military tasks, such as intelligence gathering, parallel the sort of analysis needed to shape an effective business plan.

He recalls that the large number of program applicants represented a wide range of age and social demographics, and this showed him that the program had resonated deeply with the veteran community. “You had old Vietnam vets near retirement who had always had a project idea in the back of their heads,” he recalls. “You had some who were already in business and looking for ways to become better business leaders. And you had some who loved their idea so much that they were blind to certain critical realities. But going through this process awakened us all.”

Scott found particular value in the inaugural program’s second phase—the three, in-class weekend sessions when the participants and instructors met face-to-face. “After doing the first phase on our own online, we got together with mentors and speakers in weekend workshops,” he says. “This helped us understand where we were with our business ideas and plans, and, as a result, we were able to accelerate them.

“Veterans are very blunt and honest with one another. In this program you not only get instant feedback from your own community but also a tremendous amount of support. Different speakers came in and by the third weekend we had covered topics like business insurance and the legal aspects of intellectual property, and we had also learned about some very useful tools.”

“They offered a clear road map for developing your idea and challenged us to see if we had followed that road map and were asking potential customers the right questions. They instilled very fundamental ideas of entrepreneurship, focusing less on the ideas and more on the customer.”

The personal passions of other program participants fascinated Scott. He speaks animatedly about a classmate who had started a catering business for the Jamaican community, one with an idea for an app matching users to community business mentors and coaches, and another whose cupcakes had sparked an avid following on military bases.

“This program is a great step forward,” says Scott. “Traditionally, veterans in the community have been told that they’re broken and that somebody else needs to do something for them. This is a way for you to put yourself into action—not wait for a donation or quietly wish that you could be doing something else.

“What I’ve noticed from working on transition issues at the national level is that solutions really need to be local. Many people with families and jobs can’t attend a program that’s out of town and they also want to know how to become an entrepreneur or better business owner in their own community. The Florida Veterans Entrepreneurship Program offers this important advantage.”

The third phase of the program Scott attended involves follow-up guidance from experts at a local Small Business Development Center (SBDC), but he hasn’t sought their input yet. “In my next phase, I may create training resources for veterans who are potential distillers and want to work in our distillery,” he says. “We already created a 501(c)-6, a trade association for the veterans artisan distillers guild. We found quite a few veterans who are so interested in distilling and brewing that they have been training themselves and we want to form a pipeline of trained distillers and brewers.”

Scott’s team is presently self-funded and they have been hard at work mastering their craft and making their products at veteran-owned distilleries throughout the country and abroad (they recently partnered with a distillery in Scotland). Their whiskey product is called Rekker, an old Norwegian Viking term meaning wanderer. Scott and his partners selected the name to evoke the free spirit and lifestyle of Green Berets and also convey an old-world sensibility. The name is spelled the same backwards as forwards, which helped provide packaging and labeling design flexibility.

Scott is now focused on the future. “Once our facility in St. Petersburg, Florida is built, we’ll instantly be able to bottle our vodkas, rums and gin,” he says. “We’re about ready to go to Poland to develop our vodka recipe. We envision a day when the consumer of spirits and mixed drinks will be anti-big brand and favor local makers and products, just like craft beer consumers do now.

“We’re planning every day,” he says. “We had a sense that something was missing when we all got out and this business has given us a renewed sense of mission, purpose and focus. When you put veterans in action, positive results come out of it. We’ve applied every good aspect of our military training to our business and we’re excited about what’s coming over the horizon.”

The formulators of the Veterans Florida Entrepreneurship Program gleaned important insights from the inaugural program that Scott attended and have implemented some modifications. The next version will comprise two phases: The first, a 15-week educational phase combining online coursework with in-class training on Saturdays; the second, a mentoring phase during which participants will have access to ongoing business guidance provided by local Florida SBDC consultants and business leaders.