The Apollo 11 moon landing. The first-ever crewed commercial spaceflight from SpaceX docking at the International Space Station. The footage of those feats is iconic, and it all started on Florida’s Space Coast.

Florida has stood at the forefront of aerospace innovation since the beginning, and veterans working in the industry have accomplished things once thought to be impossible and transformed the Space Coast into the nation’s premier aerospace hub.

Space Coast by the Numbers 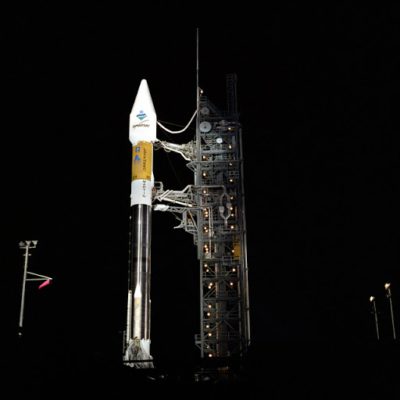 Located approximately 35 miles east of Orlando, Space Coast stretches over 72 miles of the Atlantic Coastline with most of the region found within Brevard County where 20% of the population are active duty, veterans, and their families.

Today, the Space Coast economy is booming as companies invest billions of dollars across a variety of aerospace sectors in recent decades, leading to unprecedented manufacturing job growth that’s 2.8 times the U.S. average as the space race to Mars and beyond heats up.

“Florida’s Space Coast is the world’s premier gateway for civil, defense and commercial space. However, its prowess now extends beyond launch to the engineering and production of rockets, spacecraft, aircraft, payload and electronics, and ground support,” said Lynda L. Weatherman, president and CEO of the Economic Development Commission of Florida’s Space Coast. “The biggest names in aerospace, including Lockheed Martin, Boeing, L3Harris, Northrop Grumman, Embraer, United Launch Alliance, SpaceX, and Blue Origin have chosen Brevard County to locate operations and executive leadership because it serves their missions, bottom lines, and workforce.”

Florida is an undisputed national and global leader in the aerospace industry, which contributes more than $20 billion to the local economy each year. The state ranks #2 in the U.S. for the number of aerospace and aviation establishments and is home to more than 17,000 aerospace-related companies that employ 130,000 Floridians. The Space Coast is the epicenter of human space flight and manufacturing with more than one-third of the state’s aerospace employees working in the region.

Growing opportunities and sustainable employment aren’t the only things Space Coast has to offer. Annually ranked as one of the top places to live in the country by the U.S. News & World Report, Space Coast boasts 73-degree annual average temperatures, a brief 23-minute average commute time, and an affordable median home price of $213,000.

The need for a skilled workforce has never been greater on the Space Coast and veterans are in high demand. Here are some of the region’s major aerospace employers.

NASA needs aerospace engineers, scientists, technologists, and technicians to accomplish its most ambitious missions of the 21st century: Sending the first woman and next man on the Moon by 2024, landing humans on an asteroid by 2025, and ultimately, taking the next giant leap to Mars in the 2030s.

Founded by Elon Musk, SpaceX employs thousands of people from the Space Coast and is the catalyst for the region’s sustained economic growth, becoming the first private company to capitalize on its aerospace infrastructure by leasing two orbital launch sites from NASA. With a massive expansion of rocket facilities potentially on the horizon and after a record-setting 2020 with 24 missions reaching orbit, SpaceX’s future on the Space Coast couldn’t be brighter.

Jeff Bezos’ Blue Origin recently finished construction on a rocket manufacturing facility where hundreds of local aerospace employees are now assembling the New Glenn, which is scheduled to launch in 2021. Plans include a further expansion of the facilities and considering the 50-year lease with NASA, it’s safe to say Blue Origin’s Space Coast operations won’t be going anywhere anytime soon.

L3Harris Technologies, headquartered in Melbourne, is the largest aerospace and defense company in Florida and a top 10 defense company worldwide, generating $17 billion in annual revenue. L3Harris employs more than 7,000 in Central Florida where the contractor focuses on its Space & Airborne and Integrated Missions divisions in Palm Bay, which plans to modernize and sustain infrastructure for the U.S. Space Force. 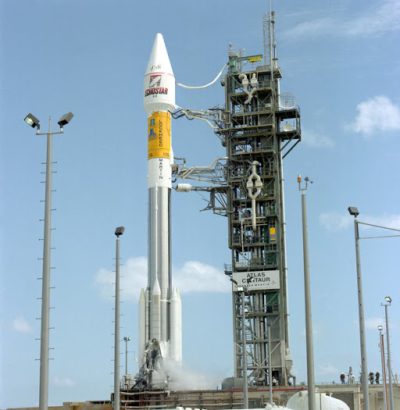 Lockheed Martin employs more than 9,000 people across its Orlando and Space Coast campuses. Rocket and missile development are Lockheed Martins’ primary focus in the region, and they expanded its Fleet Ballistic Missile headquarters in Titusville and won a contract with NASA to assemble the Orion spacecraft — both adding hundreds of new aerospace jobs to the area.

For more than six decades Boeing has been one of Space Coast’s most vital manufacturers and took a big step in 2019 by relocating its Space and Launch division headquarters from Arlington, Virginia to Titusville to meet the growing demand for spacecraft and satellite launches from the region. Boeing also operates a joint venture with Lockheed Martin known as the United Launch Alliance, which launched six of its Atlas V and Delta IV-Heavy rockets into orbit in 2020.

Northrop Grumman arrived on the Space Coast in the 1960s and its aerospace engineers immediately made history by creating the Apollo Lunar Module, the first spacecraft to land a man on the moon. With more than 4,000 employees in the region, Northrop Grumman is working alongside Lockheed Martin and Boeing to assist NASA in constructing the Space Launch System — the most powerful rocket ever developed that aims to send astronauts back to the moon in 2024.

For veterans and transitioning servicemembers, the choice is clear: Space Coast is the top destination for aerospace opportunities. Take the first step today by registering with Veterans Florida Career Services, and our team of veterans will provide you one-on-one career assistance to help you land a career in Florida’s booming aerospace industry.