Florida’s high tech advancements have propelled manufacturing to one the fastest growing sectors of the state’s economy; and one where employers place a high priority on hiring veterans.

Navy veteran Rob Caldwell is the FloridaMakes Business Advisor for First Coast Manufacturers Association in Jacksonville. With more than 35 years of manufacturing experience in both the private sector and during his 28-year military service, Caldwell believes manufacturing offers veterans a rewarding career and gives them the opportunity to use and sharpen many of the skills learned while in the military.

“The skills that veterans pick up during their time in the military is easily translatable to manufacturing,” Caldwell said. “Our state and so many companies in our state are filled with military veterans. When I talk to manufacturers about hiring veterans, it’s not a hard sell. They know what they’re getting when they hire a veteran.” 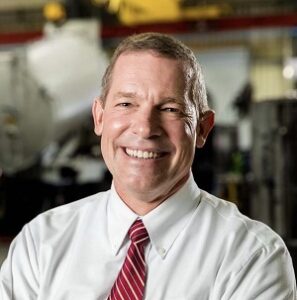 Caldwell added: “I went from supporting F18 Hornets and knowing everything that goes along with it to building sewer trucks, and I loved it because I loved the structure. Manufacturing to me was a lot like the culture you have in the military; it’s very close-knit, you’re part of a team and you’re bringing that portable skillset you’ve already accumulated and can just fit right in and not even skip a beat.”

The Florida manufacturing industry exports $42 billion in manufactured goods each year, accounting for more than 5% of the state’s GDP and ranks first in growth rate for both GDP (32%) and productivity (17.5%) out of the top manufacturing states over the past decade.

Manufacturing is vitally important to keep Florida’s economy growing and is proven to be a great return on investment. Every $1 in manufactured goods produces $3.60 in other sectors, according to FloridaMakes.

Even though the pandemic caused a temporary dip in employment and growth in the early months, Caldwell said every manufacturer he’s spoken to is now reporting their best year on record, adding that we’ll likely see increased investment in Florida’s manufacturing industry as many now recognize the importance of manufacturing products stateside.

“Manufacturing is growing considerably across the state and employers pay some of the best wages out there and you can advance pretty quickly in a company,” Caldwell said. “With the fallout of the pandemic and the resulting supply chain issues that we’re facing right now, there’s been a big push for onshoring a lot of our critical capabilities.”

Technology is the fastest-growing sector within Florida manufacturing, especially in the Florida High Tech Corridor along Interstate 4 — a 23-county region spanning from Florida’s Sun Coast to Space Coast — which heavily contributes to the state ranking as one of the top high-tech employment centers in the nation and first overall in the Southeast. High-tech manufacturers offer some of the most highly sought and lucrative careers in the industry as both the demand for manufactured electronics and future growth projections show no indication of slowing.

Caldwell predicts more and more veterans will seek tech careers following their transition out of the military and strongly encourages veterans to take a serious look at the manufacturing side since many already possess a significant advantage in the job market with their experience using and maintaining high-tech military equipment.

“It doesn’t matter what rank you were in the Navy, Army, or any branch — you’ve been around tech and worked on electronics; whether it be on ships, submarines, aircraft, etc.,” Caldwell said. “The skill sets that many veterans bring fits so well in the high-tech manufacturing sector. Combine that with the ability to analyze problems and their leadership skills, and it’s win-win for them.” 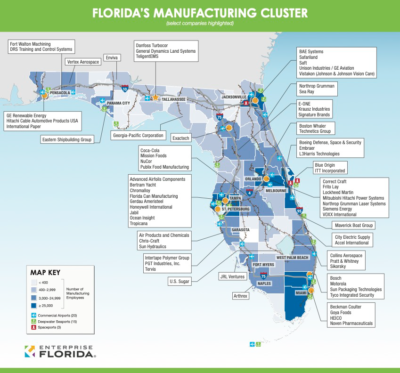 The biggest obstacle facing the manufacturing growth is the current labor shortage, and Caldwell said many manufacturers have not only increased wages but added they’ve started offering various perks, including training people in-house, offering tuition programs, allowing some positions to work from home, and more.

“The number one concern of every manufacturer I’ve talked with is the lack of available labor. And they’re not even talking about skilled labor, just labor in general,” Caldwell said. “It’s definitely a worker’s market and it’s causing companies to rethink and think outside the box about what they can offer that the other guy isn’t.”

For veterans who may need specific skills or certifications, Caldwell recommends taking advantage of the numerous federal, state, and local resources that are available.

Through the U.S. Department of Veterans Affairs, Veteran Readiness and Employment (VR&E) benefits as well as the GI Bills can be used to cover the cost of approved programs for vocational and technical training and certifications.

Florida is among the nation’s leaders in offering accessible and affordable vocational trainings. In addition to tuition waiver programs, the Florida Department of Education’s GetThere initiative provides pathways to acquire skills and knowledge of manufacturing from technical colleges and vocational trainings.

Register with Veterans Florida and our VETS team will personally guide you through the process of finding career and training opportunities in manufacturing. Servicemembers within six months of separating or retiring from the military can gain hands-on experience in welding, laser cutting, and more through the DOD SkillBridge Program. Veterans Florida is the state’s designated SkillBridge assistance organization.

Caldwell said he’s proud of the work that organizations from around the state have done to educate manufacturers and other companies on the value of bringing on a veteran and strongly believes Florida is the top destination for veterans and their families.

“Florida truly is a veteran-friendly, military-supportive state,” he said. “Whether it be on the statewide level like with Veterans Florida or CareerSource’s, local governments, and private non-profits — you have so many choices out there to help you transition and set you up for success in your civilian life.”

“All of those combined make Florida a great choice for somebody that is getting out of the military and looking for a great place to live and work in a supportive area,” Caldwell said. “And with low taxes, no state income tax, a growing economy, and a growing manufacturing sector — you can’t beat it.”